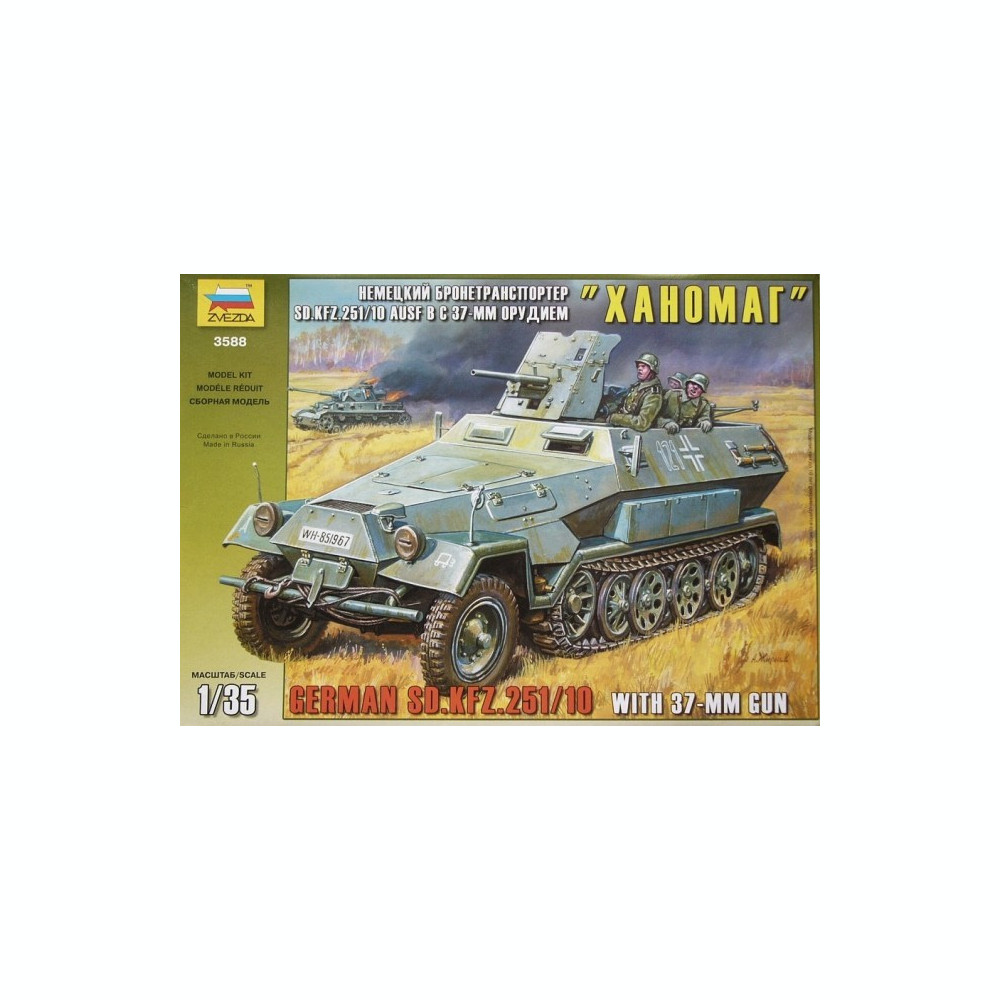 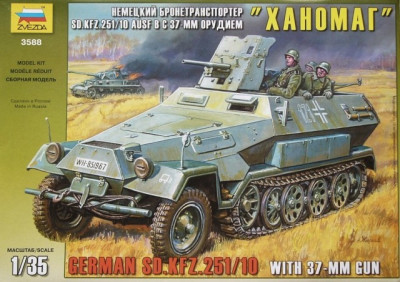 Sonderkraftfahrzeug 251/10Â is an armored fi ghting vehicle of commanders of motorized infantry platoons. The crew consisted of 5 men. Equipped with PaK 35/36 anti-tank gun, being dubbed â€œDoor Knockerâ€, it was mounted at the upper front hull of the vehicle. The rear hull was equipped with a machine gun or a PzB39 anti-tank rifl e. At the Eastern Front, where Germans had to fi ght against Soviet medium and heavy tanks with antishell armor, the ineffi ciency of the small gun quickly became obvious. However, only during the second half of World War II Sd.Kfz.251/10s were withdrawn from the fi ghting forces. Before this, they had already taken part in largescale operations at all fronts of World War II. 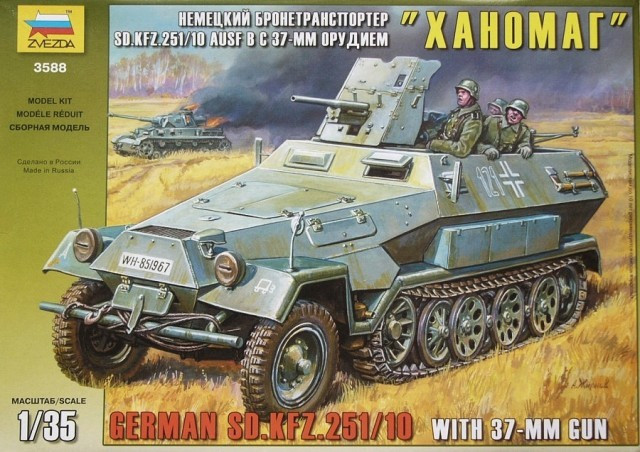