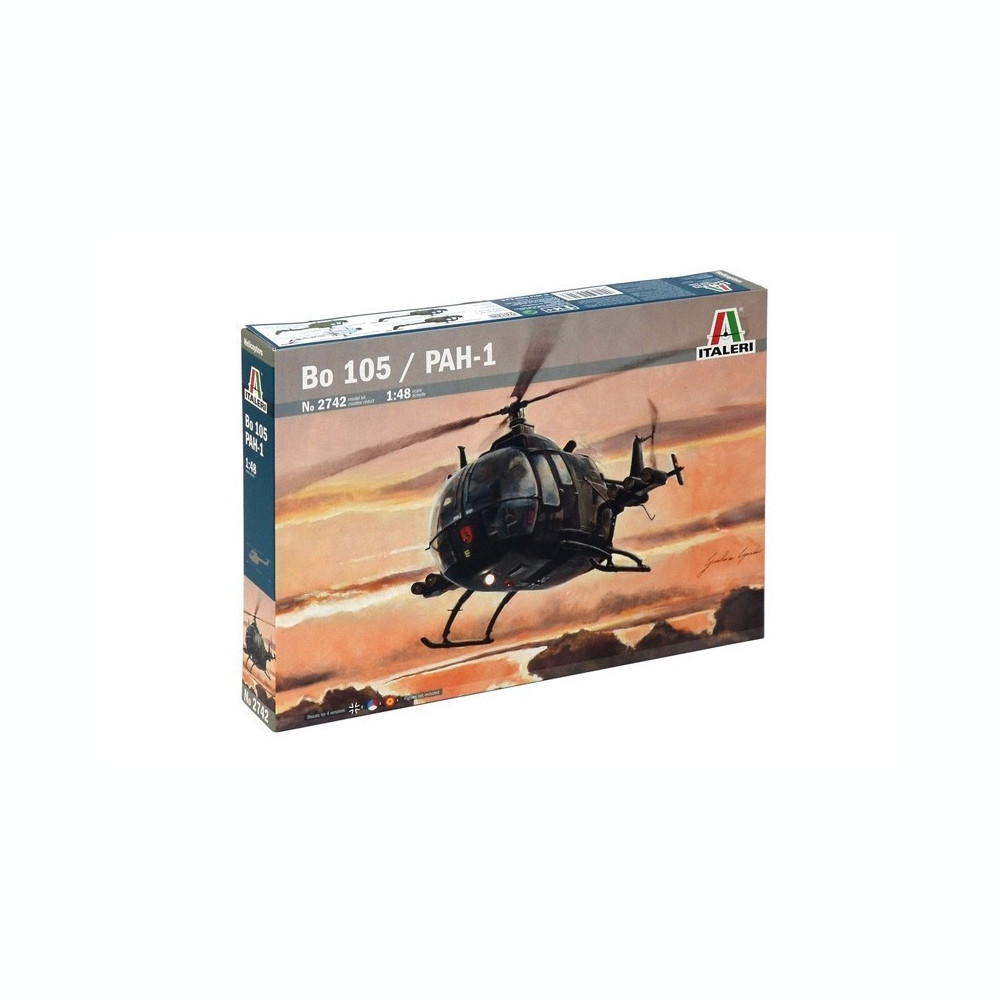 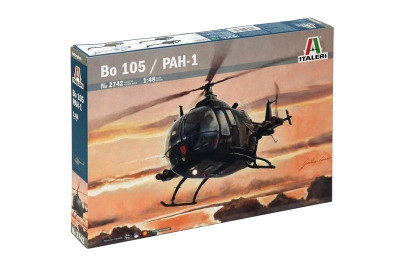 The light twin turbine engine helicopter Bo 105 was developed by German industry in the early 70s and it has been set up to perform either civil or military purposes. The Bo 105 has been recognized to have a good level of reliability and steadiness. However, the most important strengths was the high flight maneuverability. Thanks to all these positive features, enhanced by two turbines capable of delivering 313 kW each, from the Bo 105 frame has been developed an armed version for German Army with the project name PAH-1 (which stand for Panzerabwehrhubschrauber; tank-defense helicopter). In details, the PAH-1 was able to fulfill its anti-tank duties  thanks to the dedicated equipment and the weapons system based on the wire-guided Euromissile HOT. Furhtermore, produced from the ‘70s to the first years of 2000, the Bo 105 gained a good commercial success and equipped the Armies of several countries. 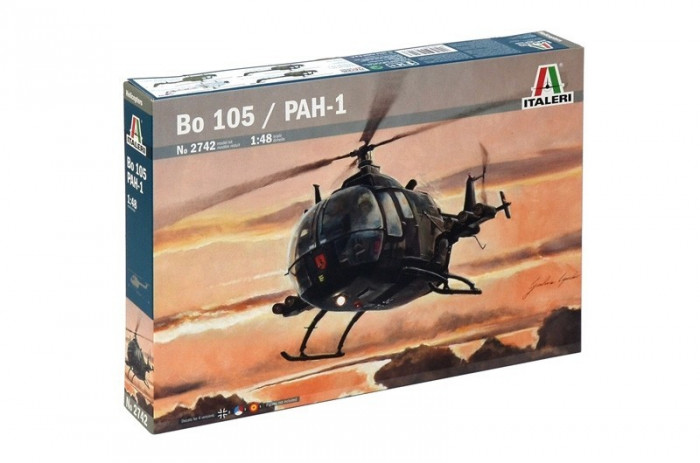