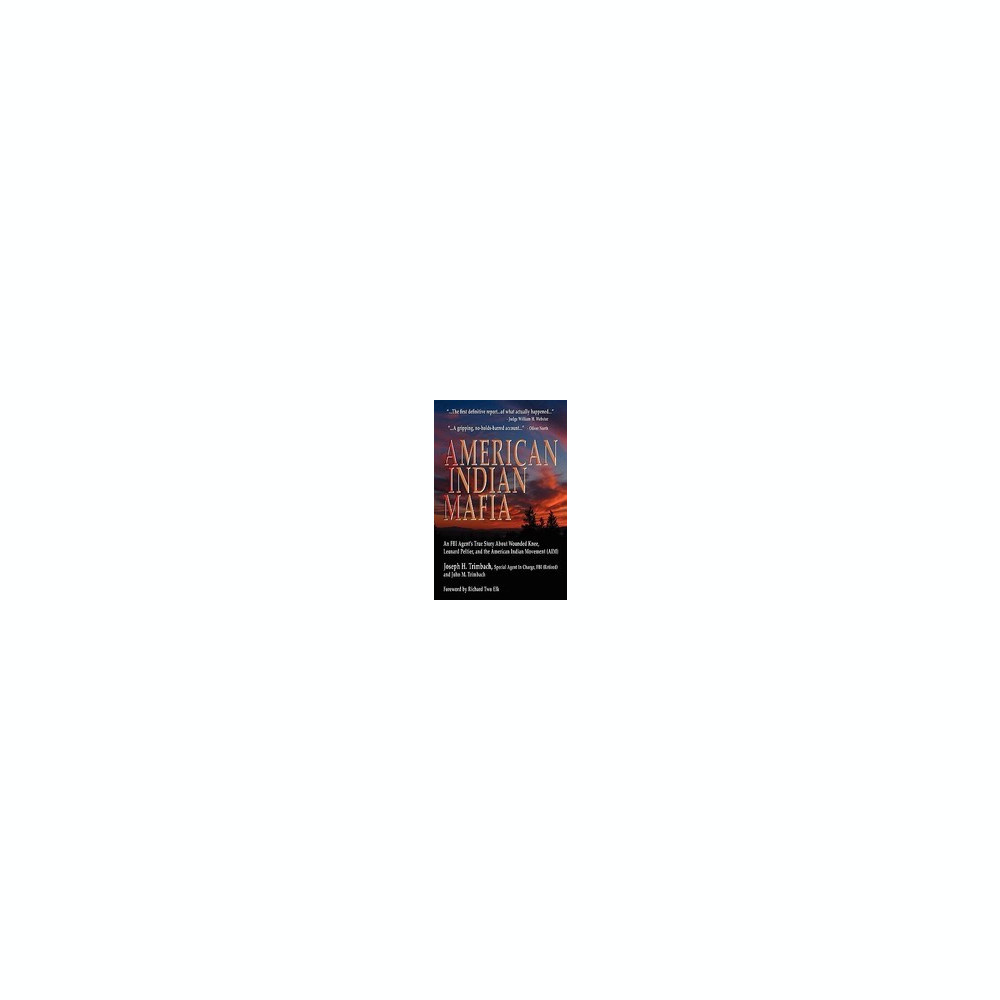 The book the AIM leadership does not want you to read For the first time, the true history of AIM is revealed through the eyes of an FBI Agent who was there. And for the first time, the AIM leadership's dirty little secrets are exposed, unlike in any other history book. In fact, this book exposes the history books. It is time to set the record straight for the benefit of all Native Americans. Although much has been written about the tragic events at Wounded Knee and Pine Ridge, Joe Trimbach's book appears to be the first definitive report of the courageous efforts of federal law enforcement (FBI, U.S. Marshals and BIA), often at great personal risk, to restore order to the Native Americans living in the midst of violence and intimidation. Mafia is well documented and presents an important contribution to our understanding of what actually happened. -Judge William H. Webster, former Director, FBI, former Director, CIA As a longtime journalist, author, and Oglala Lakota born, raised and educated on the Pine Ridge Reservation in South Dakota, I have been appalled at the many books, movies, and documentaries about Wounded Knee II and about Leonard Peltier that are so filled with myths, misconceptions and outright lies. Trimbach takes apart Matthiessen's In the Spirit of Crazy Horse, movies like Thunderheart, Lakota Woman, and A Tattoo on My Heart - The Warriors of Wounded Knee 1973, and exposes them for the frauds that they are. It is refreshing to finally hear the other side of the story. -Tim Giago, former editor and publisher of Indian Country Today, author and nationally syndicated columnist A gripping, no-holds barred account of what really happened at Wounded Knee-one of the bloodiest and most controversial chapters in the long proud history of the FBI. Joe Trimbach is a myth-breaker; his carefully compiled chronology is a must-read for all Americans who seek truth behind the headlines. -Oliver North, Lt Col USMC (Ret.) It's an ugly dark feeling realizing you were lied to. For many years I supported clemency for Leonard Peltier, and towed the line for leadership of the American Indian Movement. The facts, the anger, and the blame Mafia puts on AIM, on its sympathizers, and even on the institution Trimbach once worked for, is from a law-enforcement perspective, and is revealing. See clearly through the foggy AIM alibis, the false cry of civil rights. From a tiny element of Native America we once looked up to, the people's Movement was hijacked by false warriors, murderers, and liars. Whether you support the FBI or thought of it as your enemy, Mafia is a must-read for understanding the other side of the DMZ, established at Wounded Knee '73. -Paul DeMain (Oneida-Ojibwe), Editor, News From Indian Country