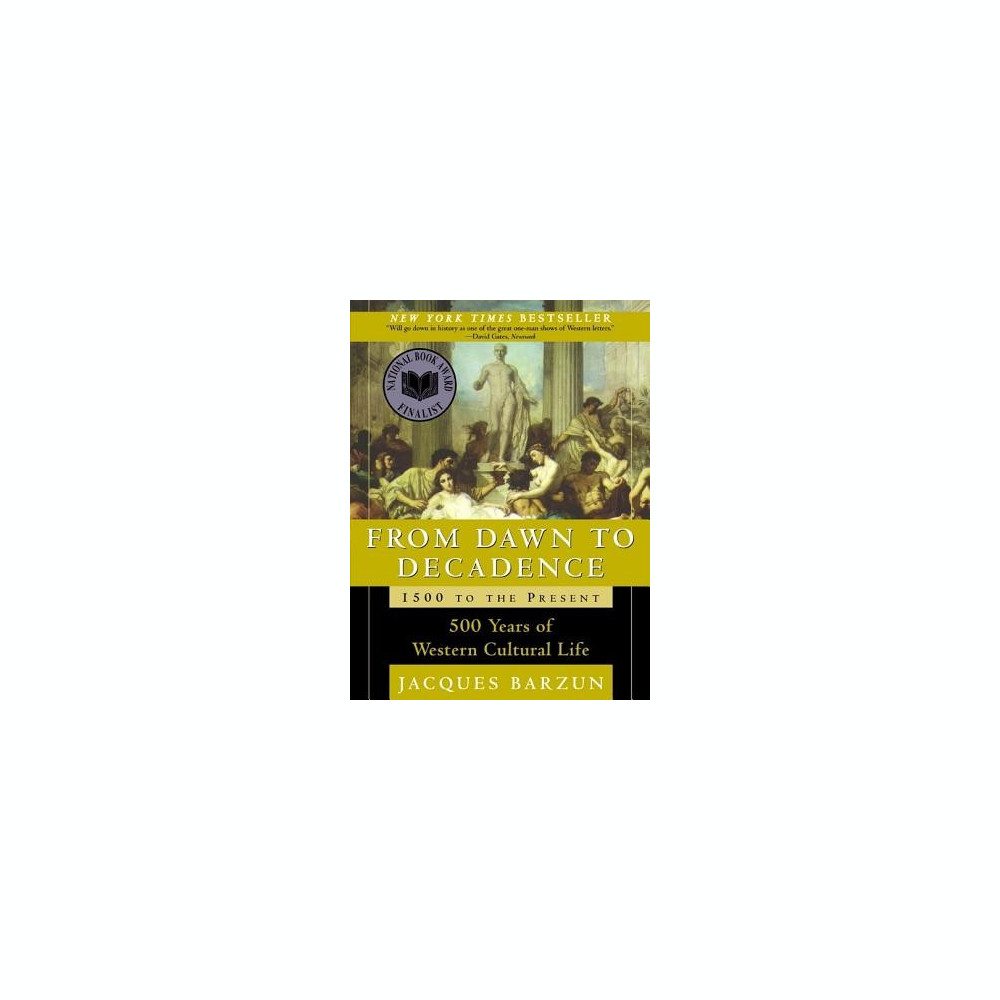 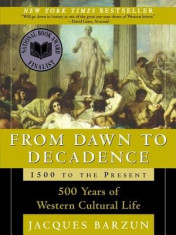 From Dawn to Decadence: 500 Years of Western Cultural Life 1500 to the Present

Highly regarded here and abroad for some thirty works of cultural history and criticism, master historian Jacques Barzun has now set down in one continuous narrative the sum of his discoveries and conclusions about the whole of Western culture since 1500.In this account, Barzun describes what Western Man wrought from the Renaisance and Reformation down to the present in the double light of its own time and our pressing concerns. He introduces characters and incidents with his unusual literary style and grace, bringing to the fore those that have Puritans as Democrats, The Monarch's Revolution, The Artist Prophet and Jester -- show the recurrent role of great themes throughout the eras. The triumphs and defeats of five hundred years form an inspiring saga that modifies the current impression of one long tale of oppression by white European males. Women and their deeds are prominent, and freedom (even in sexual matters) is not an invention of the last decades. And when Barzun rates the present not as a culmination but a decline, he is in no way a prophet of doom. Instead, he shows decadence as the creative novelty that will burst forth -- tomorrow or the next day. Only after a lifetime of separate studies covering a broad territory could a writer create with such ease the synthesis displayed in this magnificent volume.