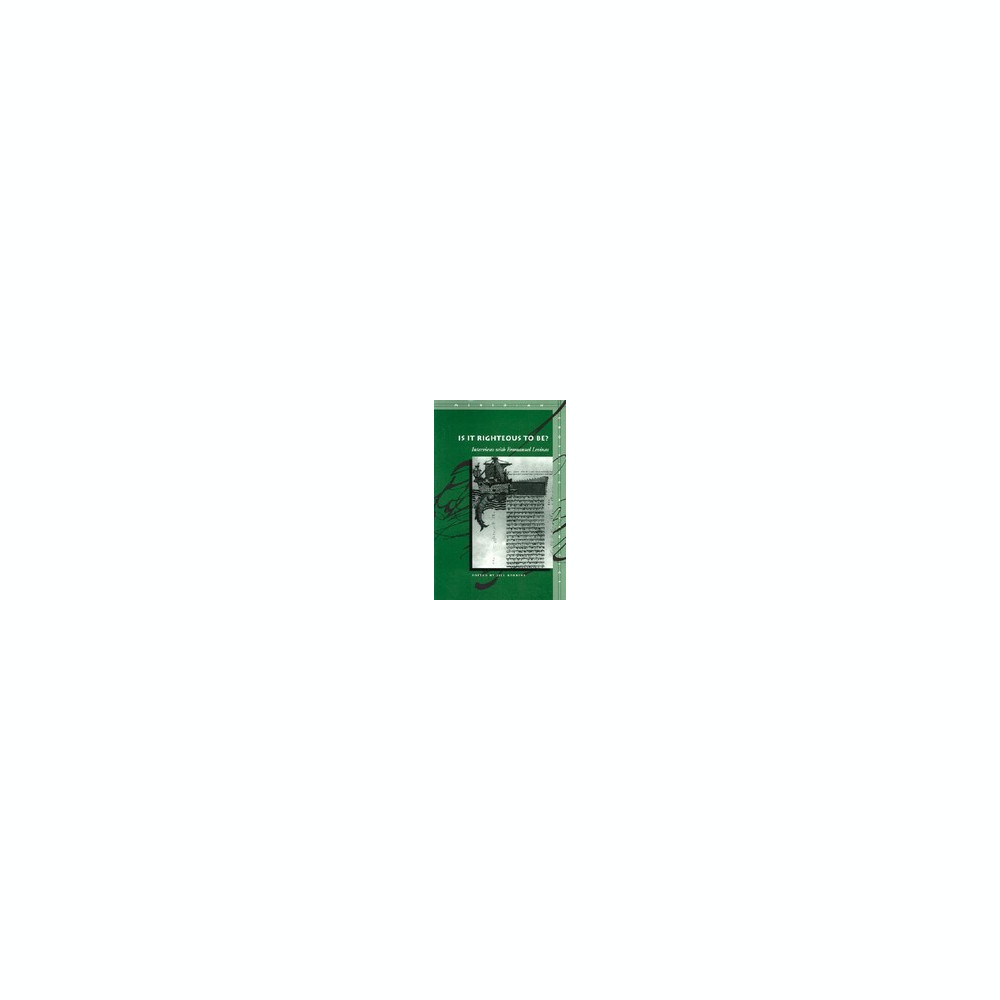 Is It Righteous to Be?: Interviews with Emmanuel Levinas

Recent debates within Continental philosophy have decisively renewed the question of the ethical, with the French philosopher Emmanuel Levinas (1905-1995) as its center. Coming from yet in contestation with the phenomenological traditions of Husserl and Heidegger, Levinas defines ethics as an originary response to the face of the other. For him, language is an exception to a habitual economy that represses alterity and maintains the asymmetry and distance constitutive of the nontotalizing relation to the other. Ethics occurs in the interlocutionary relation to the other, and interpellation--a kind of interruption by speaking--is the essential feature of ethical language. Between 1982 and 1992, Levinas gave numerous interviews, closing a distinguished sixty-year career. Of the twenty interviews collected in this volume, seventeen appear in English for the first time. In the interviews Levinas sets forth the central features of his ethical philosophy, previously enunciated in Totality and Infinity (1961), in a language that bridges to the idiom of his later work. He underlines his dedication to the phenomenological search for the concrete and the nonformal signification of alterity. He also elaborates issues that do not receive extensive treatment in his formal philosophical works, including the question of prephilosophical experiences and the ethical signification of money, justice, and the State. The informality of the interviews prompts Levinas to address matters about which he is reticent in his published works, notably the relation of his ethical philosophy to theological questions, the intrication of the Hebrew Bible in Greek philosophy, his substantial corpus of nonphilosophical or confessional writings on the Talmud, and recollections of his extraordinary talmudic teacher, Shoshani. The centerpiece of the volume is a previously untranslated 1986 interview with Francois Poirie. Containing Levinas's sole extended discussion of biographical matters with an interviewer, this text helps to situate Levinas in his contemporary intellectual world and to clarify his place in French thought.