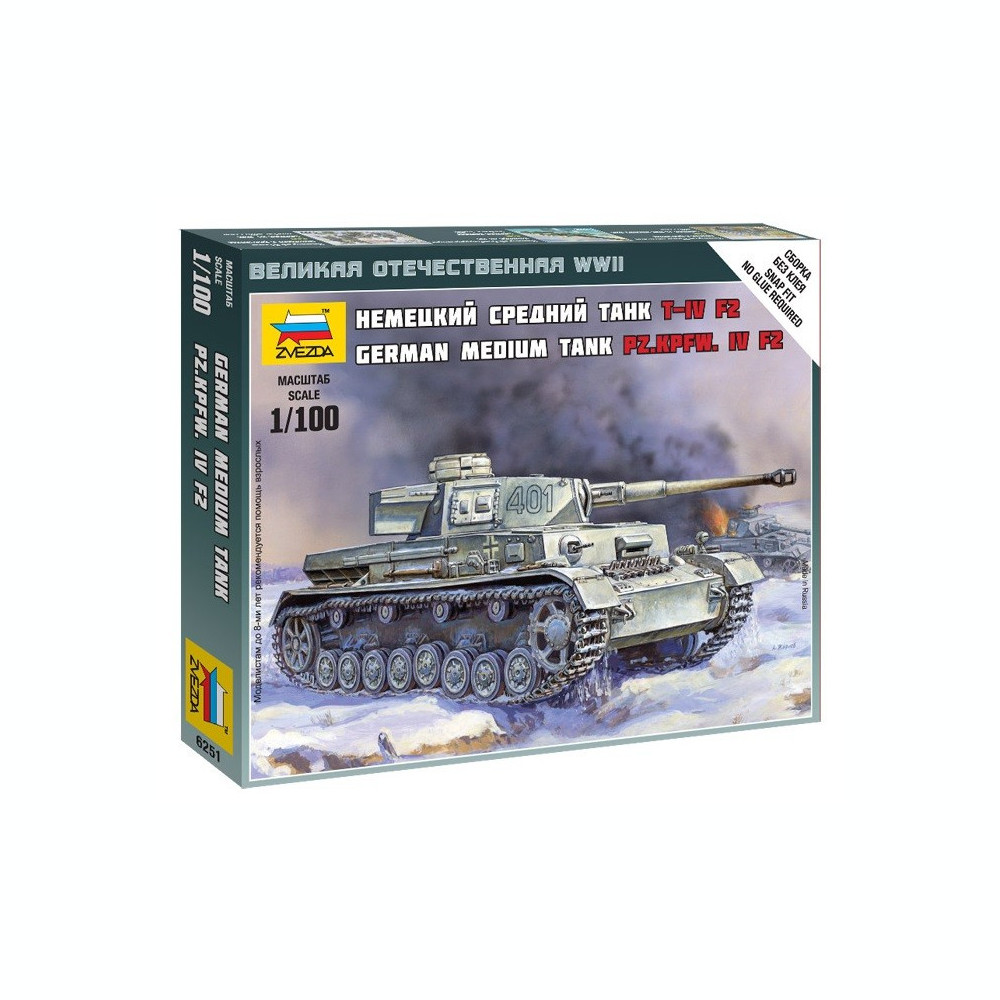 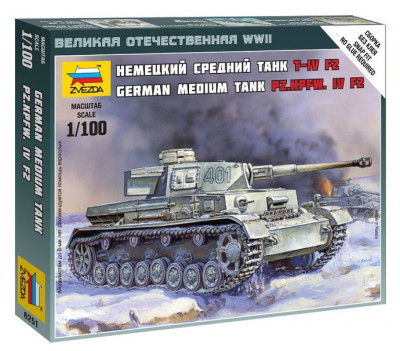 The kit also includes assembly instructions (snap fit, no glue required) and water adhesive decals. The model comes unassembled and unpainted and requires glue and paints to be finished. Unless stated on the box the kit does not contain paints, glue, and brushes.

You can find the necessary paints and sprays, glues and decal softeners, primers, surfacers and putties, tools, brushes and additional aftermarket for further detailing such as photoetched parts and resin details in our sections Paints and Sprays and Finishing materials.

Development of Pak 40 gun started in 1938, however, since the gun didnt fit the "blitzkrieg" concept, it went on rather slowly. The gun was finally adopted for army service in the end of 1941, when both failure of "blitzkrieg" and incapability of smaller German guns to damage soviet tanks T-34 and KV became evident. Pak 40 gun had a greater firepower than its Soviet counterpart, the ZiS-3 gun, but it was far less mobile and more expensive to produce. 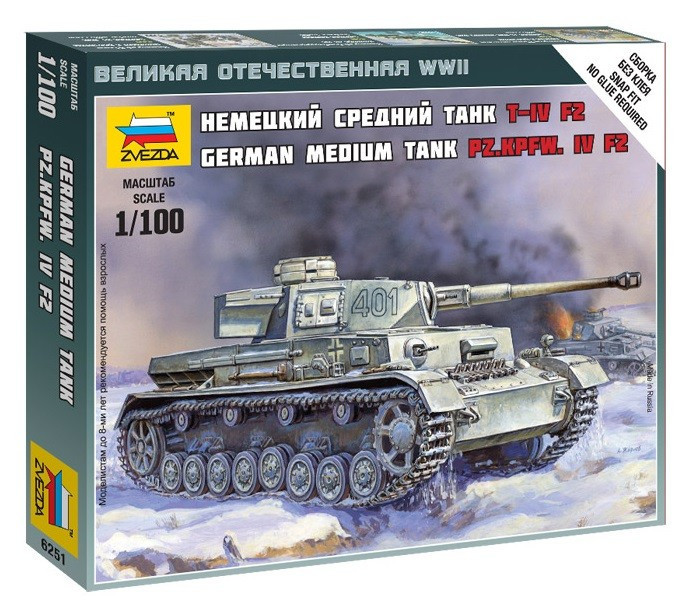