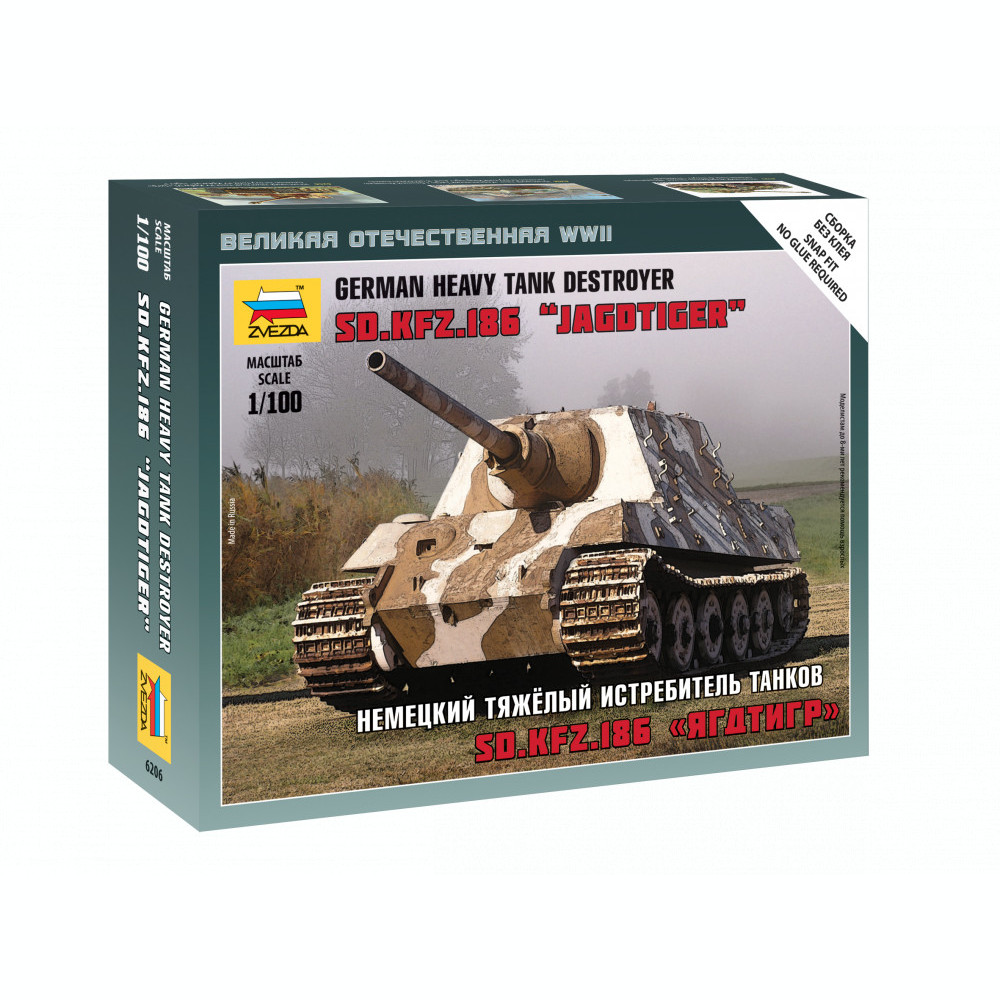 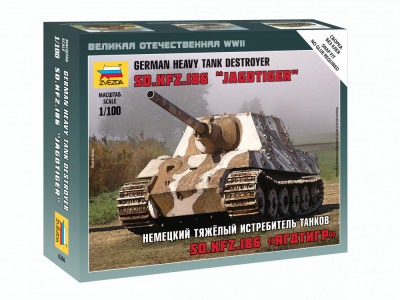 The kit also includes assembly instructions (snap fit, no glue required). The model comes unassembled and unpainted and requires glue and paints to be finished. Unless stated on the box the kit does not contain paints, glue, and brushes.

You can find the necessary paints and sprays, glues and decal softeners, primers, surfacers and putties, tools, brushes and additional aftermarket for further detailing such as photoetched parts and resin details in our sections Paints and Sprays and Finishing materials.

JagdtigerÂ ("Hunting Tiger") is the common name of aÂ GermanÂ heavyÂ tank destroyerÂ ofÂ World War II. The official German designation wasÂ PanzerjÃ¤ger Tiger Ausf. BÂ as it was based on a lengthenedÂ Tiger IIÂ chassis. The ordnance inventory designation wasÂ Sd. Kfz.Â 186. The 71-tonneÂ JagdtigerÂ was the heaviestÂ armoured fighting vehicleÂ used operationally during World War II and is the heaviest armoured vehicle of any type to achieve series production. The vehicle carried aÂ 128 mm Pak 44 L/55Â main gun, capable of out-ranging and defeating any Allied tank. It saw service in small numbers from late 1944 to theÂ end of the warÂ on both theÂ WesternÂ andÂ Eastern Front. Although 150 were ordered, only between 70 and 88 were produced. Due to an excessive weight, theÂ JagdtigerÂ was continuously plagued with mechanical problems. Today, threeÂ JagdtigersÂ survive in museums. 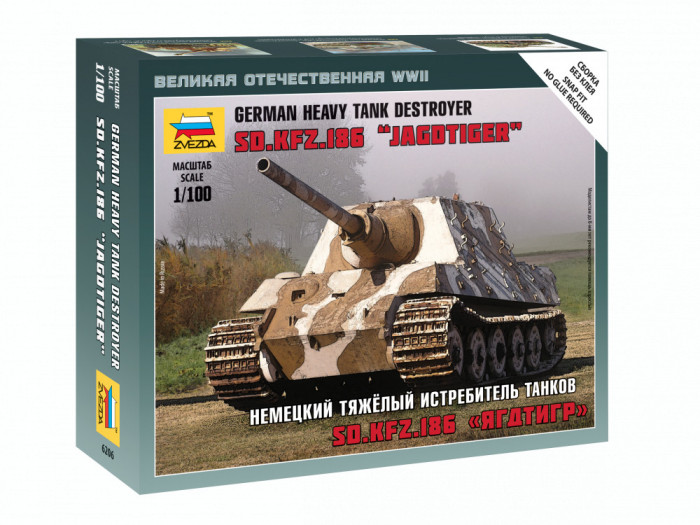